The boss knows everything. Why some local cultures make organization more innovative 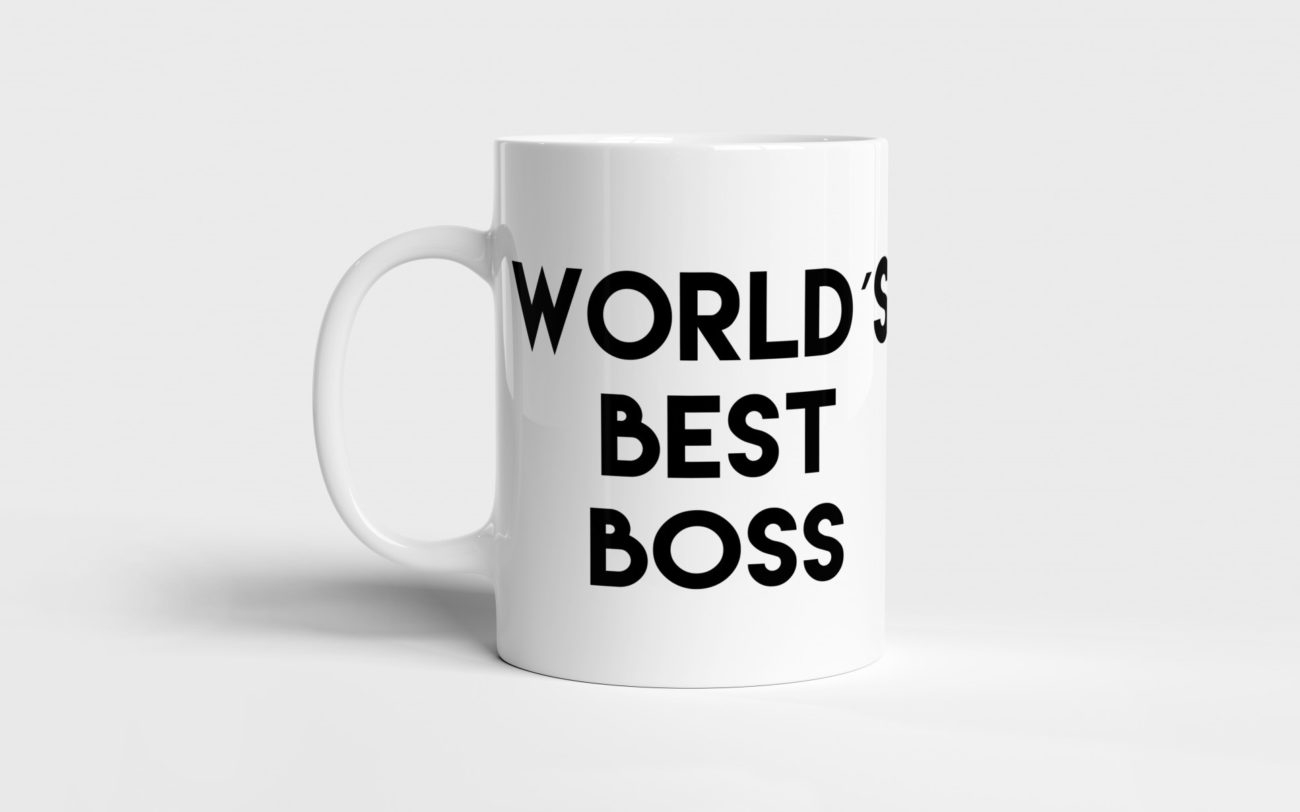 On the first day, I conducted several interviews with the CEOs of the company. I was researching how companies in Colombia, México and Spain think about and practice innovation, and I’d hear the same mantra repeated over and over: “innovate or die”, “innovation is the key for competitiveness”. They all emphasised the efforts undertaken by the company through investment in processes, methodology and tools for innovation; and also, the importance of encouraging innovation across the organization. One of the CEOs seemed to have it very clear, as he told me:

“Today, innovation is more than just a buzzword. It’s now a necessity and we’re allocating plenty of resources to it.” (CEO #1)

Analyzing the managers’ interviews, a recurring pattern emerged: a firm consensus that innovation is crucial in order for companies to grow, and that this requires the adoption of certain processes and methodologies. The day-to-day reality, however, showed us a very different situation.

According to McKinsey’s innovation report of 1,400 executives, 94% of CEOs recognized the importance of culture and employees as the most fundamental aspects of innovation.

Unfortunately, when professionals speak about corporate innovation, they tend to link it solely to technology and a way of doing things, but disregard other vital aspects of innovation, such as a company’s culture and the characters of its members.

There’s a large number of variables that define innovation clearly, but in my opinion, the most important are cultural factors: the shared values, beliefs and principles of the individuals that belong to a particular organization.

The key role of culture in innovation is ultimately decisive because, depending on the culture of the organization, it can stimulate or deflate innovative behaviour. There’s no use in sticking uplifting messages on posters and office walls if there isn’t a culture in place, nor one being fostered that is open to risk, new experiences, change, flexibility and collaboration. This was evident in some of my conversations with the teams and managers:

“Yeah, all these posters and phrases are great, very inspiring… but at the end of the day, the boss calls the shots.” (Employee#1)

“Well, what’s the point of all these workshops and creativity sessions, if nothing we’ve done gets implemented… it’s always up to the bosses.” (Employee#2)

“I have no idea if we’re innovating or not. The bosses say we are, but down here, we’re always doing the same things in a different way.” (Employee#3)

“The truth is, that we’ve spent so much on workshops and team training to encourage them to innovate more… but in the end, we don’t see many results.” (CEO #1)

“Yeah, we know that our duty as a company is to innovate and we are doing things, but as the boss, I need to focus on the results… and to take minimal risks.” (CEO #3)

It is through the established culture, influenced especially by the CEOs and their actions, that members of an organization welcome and embrace innovation as a key value, as part of their DNA. It’s important to emphasize that these elements of culture (promoted and shared values) have a decisive impact on a team’s capacity for innovation and creativity. This is a fact that I’ve verified in various organizations by applying the ethnographic research method used by anthropologists: it’s visible in their “socialization” and in the development of various “activities” (procedures, rules, politics, workshops and events, etc.).

An anthropologist in the company?

Anthropologists can assume a key role in companies. Given that through observation of the individuals that make up the organization, he/she can determine whether they are innovative, creative and an integral part of the organization, and of its DNA. We can also ascertain whether the organization is generating values that promote and strengthen creativity and innovation through the various activities in which the teams and their members participate.

Through my personal experience of participating in projects developed in diverse companies and countries, I’ve been able to deduce that there are certain cultural factors that are decisive, especially those related to hierarchy:

1. Flexibility vs. hierarchy. The values promoted in any organization (tolerance, respect, honesty, equality, flexibility, etc.) are highly important because they are great driving forces for how individuals understand and approach their work. Evidence clearly shows a correlation between a culture that supports flexibility and innovation. Organizations that are less hierarchical, and more organic and flexible, facilitate innovation. On the other hand, rigid and hierarchical organizations foment centralization and an authority status, which clearly blocks innovation. In this sense, further evidence shows that delegating authority, paired with the participation and collaboration of employees in the decision-making process, promotes learning, empowers employees to accept the risks associated to innovation, and to be more adaptable to change. Yet how CEOs view this challenge varies considerably:

“I ask myself, ´Why don’t people take more risks and innovate more?’ I don’t get it. They have a good salary and we have organized various creative workshops.” (CEO #2.)

In several of the organizations with which I’ve collaborated, generally in Latin countries, I’ve observed excessive respect for authority and the custom of routines. As a result, employees stay within their comfort zones. What’s more, being subordinated to a cultural model centred in hierarchy, following the same rules and procedures, stunts their potential and talent. This has devastating effects on creating and promoting an innovative culture:

“Why risk it, if it turns out badly, and fingers get pointed. Here, they don’t pay us to learn, but to not get it wrong… At the end of the day, what the boss says, goes.” (Employee#5)

2. Hierarchy and knowledge. The traditional cultural model centred on hierarchy has another serious problem: the association of hierarchy with knowledge, something which I’ve observed in various organizations and that has surprised me as an anthropologist. Are you familiar with the phrase: “The boss knows everything”? In my opinion, it’s commonplace in countries and organizations of Latin-Catholic culture, as opposed to what I’ve witnessed in Anglo Saxon and Protestant countries. In organizations in countries such as the United States, Sweden, and Canada, it’s clear that team work is habitual, and people work without fear of sharing knowledge. Beyond doubt, this is a key approach for innovation, which requires the capacity to relate diverse knowledge independently from the source and its agents.

“Well, we are always mindful of what the boss says, and what the boss prioritizes, because he surely knows much better, what the company needs. And besides, I don’t have all the info that he does.” (Employee#4)

“Innovation is always risky. It carries costs, it can fail, and you can look foolish…” (CEO #4)

It’s interesting to highlight that in these Latin countries, we can detect a significant relationship between the existence of more flexible behaviours and organization models, alongside the existence of a certain “distance to power” cultural dimension, perceived to be less strong and is therefore less hierarchical (see the work of Geert Hofstede).

From what I’ve been able to observe in several companies, the existence of a “distance to power” cultural dimension, which is perceived to be less strong and therefore less hierarchical, contributes to a closeness between the boss and his/her collaborators. This has a positive impact on goal achievement and on a key aspect of innovation: the dissociation of the power-knowledge binomial and its democratisation. Thanks to this, one of the most visible practices in this type of organization is that there is no fear of contradicting one’s superiors, of knowledge sharing, and of establishing new relationships with this knowledge to meet the common objective of creating value.

In this sense, through my participation in multiple innovation and creativity workshops and my observations as an “anthropologist,” I’ve identified certain recurring patterns:

In both cases, these behaviours reveal a series of subjacent conceptions that condition, limit and hinder the development of innovation. Therefore, we need to break down these preconceptions. First and foremost, any organization looking to innovate requires the capacity to dissociate the hierarchy of knowledge, because in order to innovate, we require everyone’s knowledge and talent.

In order to foster an innovative culture, we must promote flexibility and prevent the development of a traditional hierarchical culture based on rigorous order, on the importance of rules and regulations and stability. Traditional leadership, operating from the top of a hierarchical structure, is no longer sufficient to manage the complexity and uncertainty of a business environment that relies on knowledge management, together with the capacity to transform said knowledge.

It’s unthinkable that a privileged “elite” -on the apex of the organizational pyramid- can successfully square up to the competitive challenges an organization faces. Now, more than ever, any organization that seeks to be competitive requires a cross-fertilization of ideas from the intellectual diversity of people with unique talents and knowledge. Problem solving or generating new ideas has nothing to do with position, role, or hierarchy. It requires collaboration and teamwork. As one CEO told me:

“We know that the whole team must collaborate, and that it’s fundamental to attract talent… but it’s always tricky to get employees to branch out and leave their comfort zone.” (CEO #5)

An organization whose culture stimulates innovation brims with creativity, experiments and room for error. It is free of fear: team members are excited at the opportunity to build new solutions, team-work is commonplace and flows without fear of pooling knowledge, with no limitation of roles, positions and hierarchy. To sum it up, as an anthropologist I’ve been able to observe and confirm that NO. The boss doesn’t know everything!

This article was published previously at Popanth – December 10, 2017 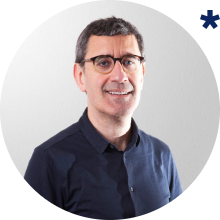 We use cookies on our website to give you the most relevant experience by remembering your preferences and repeat visits. By clicking “ACCEPT ALL”, you consent to the use of ALL the cookies. However, you may visit "Cookie Settings" to provide a controlled consent.
Cookie SettingsREJECT ALLACCEPT ALL
Manage consent

This website uses cookies to improve your experience while you navigate through the website. Out of these, the cookies that are categorized as necessary are stored on your browser as they are essential for the working of basic functionalities of the website. We also use third-party cookies that help us analyze and understand how you use this website. These cookies will be stored in your browser only with your consent. You also have the option to opt-out of these cookies. But opting out of some of these cookies may affect your browsing experience.
Necessary Siempre activado
Necessary cookies are absolutely essential for the website to function properly. These cookies ensure basic functionalities and security features of the website, anonymously.
Functional
Functional cookies help to perform certain functionalities like sharing the content of the website on social media platforms, collect feedbacks, and other third-party features.
Performance
Performance cookies are used to understand and analyze the key performance indexes of the website which helps in delivering a better user experience for the visitors.
Analytics
Analytical cookies are used to understand how visitors interact with the website. These cookies help provide information on metrics the number of visitors, bounce rate, traffic source, etc.
Advertisement
Advertisement cookies are used to provide visitors with relevant ads and marketing campaigns. These cookies track visitors across websites and collect information to provide customized ads.
Others
Other uncategorized cookies are those that are being analyzed and have not been classified into a category as yet.
GUARDAR Y ACEPTAR